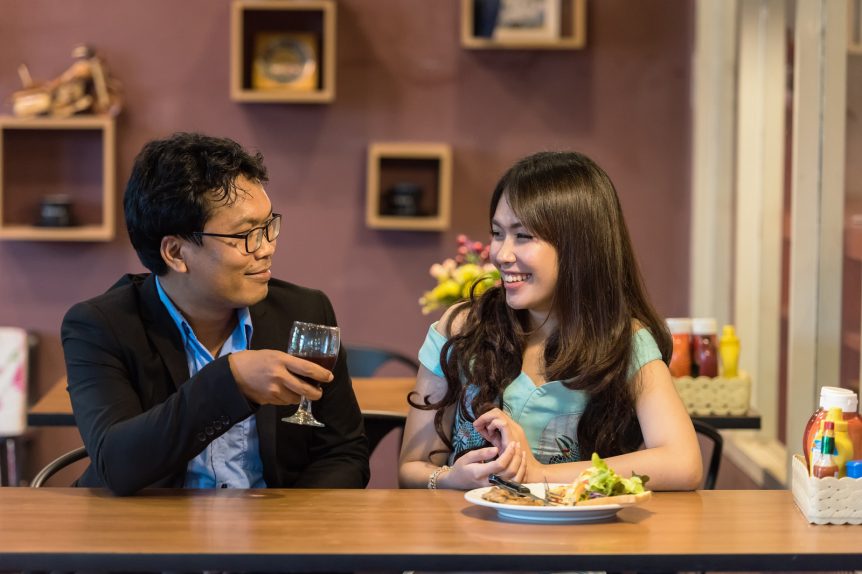 Aside from physical appearance, the ability to have a good conversation is perhaps the most attractive thing there is about a potential mate. That’s why online conversation starters for dating are so important. In online dating, these prompts are perhaps even more critical since you’re talking to someone you’ve never seen before. Plus, in the absence of body language or physical chemistry, conversation is everything!

If you’re at a loss for how to begin a conversation with someone you’ve matched with on a dating app, then you’ll be happy to know that there are lots of options. Keep in mind that you’ll need to know how to use each appropriately, though. The right conversation starter for the situation will depend on many different factors, including your hopes for the relationship and the personality of the person you’re talking to.

Remember that these first conversations don’t have to be deep. In fact, it’s usually better to start with something light. If you play your cards right, there will be plenty of opportunities to bare your soul later. For now, focus on getting and keeping your matches’ attention.

If you haven’t caught on that humor is essential to online dating, then you haven’t been paying attention. Want to get your potential sweetie to take note of your message and begin a stimulating convo all in one fell swoop? Then, you may need to rely on your inner comedian. The more a person laughs when talking to someone, the more likely it is that he or she is interested in dating that person. Don’t believe it? It’s science.

There are tons of different ways to use humor as conversation starters for dating. You can go with a one-liner or a knock-knock joke, for instance. Or, try describing something hilarious that happened to you recently. The great thing about this technique is that your attempt doesn’t even have to land perfectly. Most people will appreciate the effort and play along.

Everyone likes a good compliment. Not all compliments are alike, however. What separates a good compliment from one that elicits an eye-roll? It’s all about the details. Details make a compliment sound sincere, and sincerity is super important when it comes to dating. If your compliment lacks sincerity, then it may come off as cheap or even manipulative. That’s the opposite of what you’re hoping to accomplish if you really want to strike up a convo.

So, how do you compliment someone on a dating app? Focus on a single admirable trait of the person you’re interested in, and make a positive comment (or two) about it. You get bonus points if the trait is a non-physical characteristic. Here are some examples:

–   I admire how hard-working you are. It must be challenging to work full-time and go to school.

–   I like your creativity! Photography is something I’ve always been intrigued by.

–   You really have a way with words. Your profile reads like a best-seller!

People like to talk about themselves. It’s just human nature. So, if you begin the conversation by focusing on something attractive about your match, then you’re likely to get a response. Who knows? It may be the beginning of a great conversation and an even better relationship.

Online daters spend a good amount of time crafting their profiles on dating apps. Thus, they tend to like it when other singles pay attention to said profile. If you want to win brownie points while simultaneously getting a conversation rolling, then pull something from your match’s profile.

Not only will this strategy show your match that you took the time to read his or her profile, but it’s almost a guaranteed way of getting a conversation going. After all, if it’s on the profile, then it’s almost certainly something your match thinks is worth talking about.

For example, if your potential partner mentions her dog on her profile, then it’s not a far leap to assume she’s an animal lover. You could easily start a discussion by swapping details about your own pets.

Some people just can’t resist a good debate. If you suspect this is a personality trait of your potential mate, then you can start a rousing dialogue about a controversial topic. Just be sure it’s something low-key, not a serious issue. (Save those types of discussions for later).

For example, pick two popular types of candy and express your preference of one over the other. (e.g. “Skittles beat Starburst any day.”) This tactic works even better if you know ahead of time that your match disagrees. If your match has already professed her love for Starbursts, for example, then you’re golden!

This is one of those online dating conversation starters for dating designed to keep things light. You might want to consider it if you’re looking for something casual.

Want to really spark your matches’ curiosities? Ask them if they’d like to hear one of your deep, dark secrets. Not many people can resist this type of temptation, so you’re almost certain to get a response. Of course, you’ll need to be prepared to deliver the goods. Don’t worry—you don’t really have to spill your guts to a stranger. You can take the ironic approach and admit to something completely inconsequential. Just make sure it’s funny or adorable. For instance, you could own up to sleeping with a stuffed animal at night or being afraid of thunderstorms.

Are you looking for ideas on what dating sites or apps to use? Read our article on the best dating sites and apps here so you know where to use what you learned above.

Remember that we’re always here to help. We have tons of dating advice for you to be on top of your game! Be in the know – browse and read through our articles here.