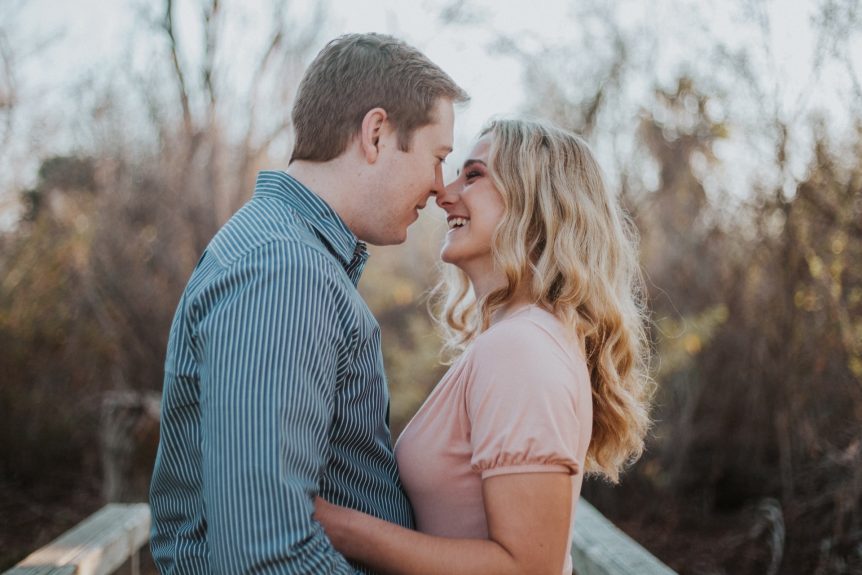 So, you’ve decided to join the online dating pool. Good for you! You’re certainly not alone. Research suggests that more couples meet via these apps now than in any other way, including in real life (IRL). That means your chances of finding someone you like are pretty good.

It’s not all lollipops and daisies, though. Online dating can be hard. And frustrating. And confusing. As you get accustomed to these sometimes turbulent waters, it’s a good idea to prep yourself by learning about how dating apps work, particularly online dating algorithms.

What Is a Dating Algorithm?

Let’s start with the basics. What is a dating algorithm, anyway? Put simply, it’s a formula that predicts how well you’ll vibe with other members of the same dating site. Dating may not be rocket science, but it is math, apparently. These formulas are basically mathematical equations that determine your compatibility with other singles on an app.

Dating algorithms can be simple or complex. If you sift through the available apps out there, you’ll find plenty of examples of both. While apps like eHarmony and OkCupid are known for their highly advanced algorithms, other sites like Tinder and Bumble have relatively simpler methods of predicting compatibility.

This is a great question, and a common one. The first thing you should know about online dating algorithms is that they’re not all the same. Each dating site has a unique take on the matching process, so their algorithm will reflect this distinction.

Still, the vast majority of algorithms out there are based on user input. User input is the information online daters provide about themselves and their preferences.  How much or how little input the algorithm requires will depend on the app you’re using. For example, eHarmony asks its users hundreds of questions before it starts matching them with potential suitors. Other apps will ask a few questions to start and then learn your preferences based on your in-app activity (such as swiping left or right, for instance).

Whether dating algorithms actually have the potential to match you with the love of your life (or even predict a tolerable dinner with a stranger) is a hotly debated topic. On one side of the debate are those who think online dating algorithms amount to nothing more than a massive marketing ploy designed by the multi-billion-dollar online dating industry. On the other side, there are people who think algorithms do have the potential to help you find the shiny needle in the proverbial haystack of singles on these apps.

The truth is that these algorithms do work, just not in the way you might think. They work to some degree because they give users a certain confidence in the online dating process. We like to think that there’s a science behind the matchmaking process and that it’s not all just random. It helps us believe that there’s really hope we may find someone delightful. In a sense, it works if you believe it works.

Let’s illustrate. If an algorithm says you’re 85% likely to be compatible with someone you met online, then it might give you the courage to ask this person out. But if you get lucky and hit it off on your first date, it’s not because of the algorithm (at least not directly); it’s because you had the confidence to make a move!

The Problem With Online Dating Algorithms (Hint: It’s Not the Algorithm!)

When algorithms fail (and they will), our first instinct is to look for someone or something to blame. While it would be easy to point the finger at the mathematical equation (Because really, who likes math, anyway?), the problem is not with the algorithm. The problem is you.

You see, the algorithm is simply doing what it’s programmed to do. It’s following a very precise set of rules and it’s doing it quite well. The problem is with the input. The input is flawed from the outset because it’s based on information you gave it about what you want in a potential mate.

Well, unfortunately, most people don’t really know what they want in a soul mate or even a date. To complicate matters further, people often think they know what they want when they really have no clue. Think about it. How many people do you know who fell in love with someone vastly different than anyone they’ve dated before? You probably have a close friend or friend of a friend who ended up with someone “totally not her type.” Attraction and intimacy can be unpredictable, even by the people experiencing these phenomena.

And of course, there’s the issue of honesty. People lie in real life, so it shouldn’t be surprising that they lie online as well. In fact, with the anonymity a screen provides, it can be even more tempting to “exaggerate the truth” on these apps.

All of this is a dating disaster waiting to happen.

If you don’t know what you want and you can’t trust other people to actually be who they say they are, then even the best online dating algorithm won’t work.

So what’s an online dater to do? The best course of action here is to keep an open mind and don’t discount other singles based solely on the app’s prediction of compatibility for the two of you. If you think of dating apps as whimsical tools instead of cold, hard science, then you’ll likely have a lot more fun with the dating process.

Think of an app’s calculations regarding your ideal match as precisely what they are—suggestions. At the end of the day, you’d do better to trust your instincts about a person rather than an algorithmic prophecy. With this in mind, you can still use dating apps and their algorithms—just do so with eyes wide open!

Remember that we’re always here to help. We have tons of online dating tips for you to be on top of your game! Be in the know – browse and read through more articles here.